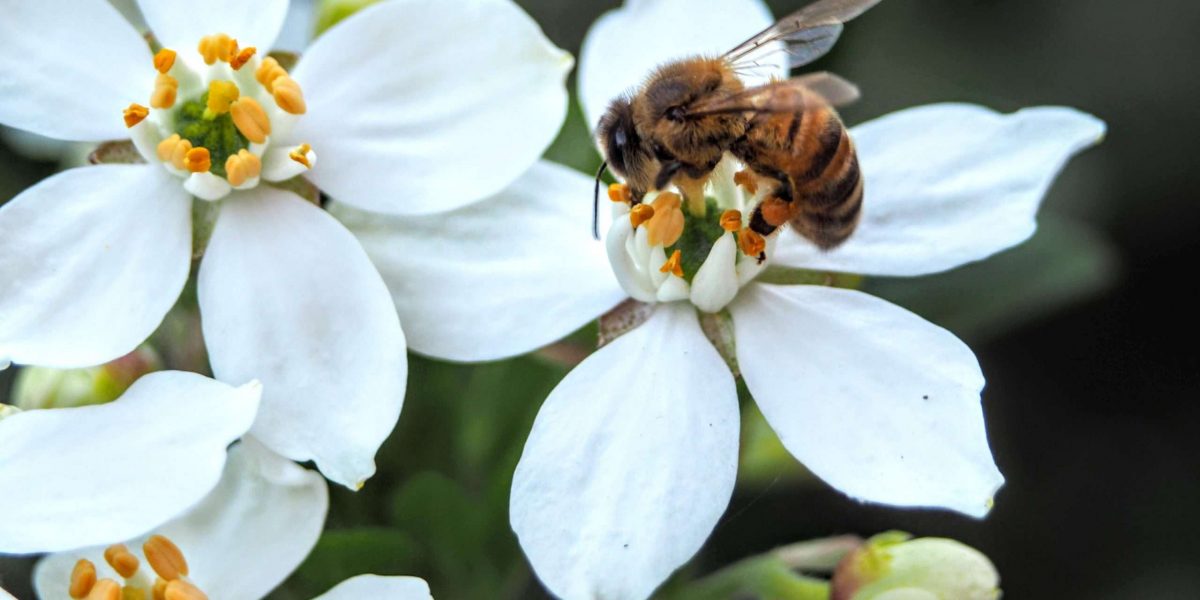 Ahh, spring.  Flowers are blooming.  The temperatures are still relatively mild.  Butterflies are emerging from their chrysalises.  And stinging bugs are back, too.  For most people, a sting will cause pain, swelling and sometimes stiffness, but for some it can fatal.  In some people, a sting prompts an over-reaction by their immune systems that can result in anaphylactic shock.  Within minutes of being stung they might feel nauseous, constriction in their chest, difficulty breathing and swallowing, a drop in blood pressure, and in extreme cases, unconsciousness and death.

While we need stinging insects to pollinate all those lovely spring flowers, it’s important to know how to avoid them, help deter them from settling into your environment, and how to treat stings if they occur.  A good pest control plan and quarterly treatments are the best place to start.

Why do stings hurt?

Bees, wasps, hornets, fire ants and scorpions that inject venom from the tip of their abdomen are sometimes considered beneficial because of their importance in pollination or in preying on other pest insects. However, anyone who has ever been stung by one of these creatures will usually think otherwise. After being stung, it is important to immediately remove the stinger and venom sac if they are present at the sting site. This can be done with a fingernail, the edge of a credit card or tweezers. Immediate removal will stop venom from being released. Avoid squeezing the venom sac. Wash the site with soap and water and apply cold compresses to relieve pain and swelling. For more pronounced reactions, apply hydrocortisone cream or calamine lotion to reduce itching and swelling. If itching and swelling are bothersome, take an oral antihistamine like diphenhydramine (Benadryl) or chlorpheniramine (Chlor-Trimeton). For severe reactions, seek immediate medical attention.

Home remedies include applying wet salt to the site within five minutes of being stung. Leave the salt in place for 30 minutes. In theory, the salt will draw the venom from the wound. Similar results have been obtained with moistened tobacco, wet baking soda or wet aspirin. These home remedies have not been proven scientifically, but won’t hurt you if you choose to use them. 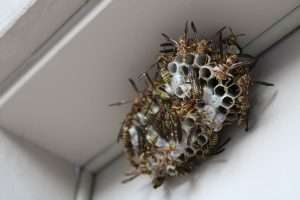 Bees, wasps, hornets and ants develop colonies where there may be a few dozen to thousands of individuals with a queen, workers and an elaborate social structure. These are the social insects. While most individuals are non-aggressive, all will sting if handled. The social bees, wasps and hornets are a greater stinging threat than the solitary pests because they will attack in large numbers if they perceive their nest is in danger. Those that make a paper nest construct them of plant fiber and salivary secretions. In the fall, when temperatures decline and food becomes scarce, the female wasps and hornets frequently enter homes for hibernation.

Honey bees.  One of the most widely known social insects, the honey bee was brought to this country from Europe many years ago. Most colonies are managed in manmade hives, but escaped swarms often nest in hollow trees, wall voids and attics. Honey bee colonies last several years with the queen and workers overwintering in the hive. A queen may live several years. Individual honeybees are encountered beyond their nest when they are collecting nectar and pollen from blossoms. People usually get stung while walking barefoot across a lawn that has blooming clover or dandelions, or if a bee gets trapped between clothing and skin.

Bumble bees. Most people are familiar with this big, buzzing, furry, yellow and black bee that can produce a very painful sting. The yellow pubescence on the abdomen differentiates bumble bees from carpenter bees, which have a smooth and shiny black abdomen. Like yellow jackets and hornets, only fertilized females hibernate during the winter and each starts a new nest during the spring. Nests are usually constructed in cavities in the soil previously used by field mice. The opening to the nest will often have fresh soil around it as a result of excavation activities. People are usually not stung unless they disturb the nest.

Umbrellas wasps. Umbrella wasps, also called polishes wasps, are dusky brown with various orange markings. They construct an open paper nest suspended from a short stalk. Wasps that build their nests under the eaves of houses, on porches, in attics or in dense shrubbery can become a problem. A new nest is made each year, initiated by a fertilized overwintering queen. These wasps feed themselves and their young on caterpillars. Nests are small compared to those of yellow jackets and hornets and contain up to about 250 wasps.

Yellow jackets. Yellow jackets are small (half-inch-long) wasps marked with black and yellow banding. Colonies are initiated by overwintering queens that make paper nests underground, but occasionally they will use hollow trees, wall voids and attics or branches over a stream. A fully developed nest may contain from a few hundred to many thousand adults. Yellow jackets feed on a variety of pest insects, but will also forage for meat or soft drinks at picnic, camp and garbage sites. This habit often brings them into close association with people. Good sanitation in picnic areas can help reduce problems with these pests. Solitary scavenging yellow jackets are usually non-aggressive unless handled, but become very aggressive as a group if their nest is threatened. Yellow jackets will vigorously pursue an intruder who threatens their nest and are generally considered the most dangerous of the social insects.

Baldfaced hornets. The white or light yellowish markings on the face, thorax and part of the abdomen help to identify the baldfaced hornet. These hornets are actually a type of yellow jacket that build their nests suspended in trees and bushes. The nest looks like a “bloated football” high off the ground in a tree or bush. Usually, there is a single entrance opening at the lower end of the nest. These hornets are widespread, having been found in 46 states, Canada and Alaska.

Fire ants. Fire ants are now the most common and troublesome ant in the southeastern United States. These pests were introduced into the Port of Mobile in 1918 and have spread from Texas to the piedmont of North Carolina. Many native ant species have been displaced by these pests. Superficially, fire ants look much like ordinary house and garden ants. As with wasps and hornets, fire ants inject venom from the tip of the abdomen. Their sting causes a swollen, red area with a blister that fills with a puss-like material and heals slowly. A single fire ant mound may contain up to 200,000 workers.

Most social bees, wasps and hornets are beneficial and should not be controlled unless their nest and activities are close to humans and create a hazard. For bees, wasps and hornets, our pros at Regional Termite and Pest Control can apply an insecticide in the evening when the insects are at rest. We aim insecticide at nest openings in trees, bushes, under eaves, ground cracks and crevices in and around nest openings. Re-treatment may be necessary. If possible, we also can destroy the nest or seal the nest opening.

For fire ants,  we treat individual mounds when they are freshly rebuilt after rains. Granular and bait formulations are also very effective choices for fire ant control. 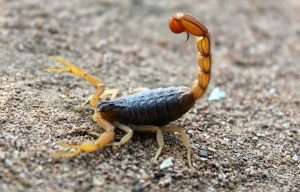 The cicada killer, mud dauber and scorpion are solitary creatures and are usually encountered one at a time. They are non-aggressive but will sting if provoked or trapped against bare skin. Their food consists of spiders and insects.

Cicada killer. The cicada killer is a large wasp that varies in length from 1 to 1.5 inches and is black or rusty colored with yellow bands on the abdomen. This wasp nests in burrows in the ground and provisions its nest with one or two paralyzed cicadas for the developing larvae. Nesting usually occurs in sod-covered areas but the grass is not harmed. The solitary adult is often seen hovering 1 to 2 feet above the ground near the entrance to its nest.

Pipe-organ mud daubers. Pipe-organ mud daubers are elongated, slender and usually shiny-black wasps that vary in length from about a half inch to an inch or more. These wasps make their mud nests with the cells arranged in the form of long tubes, hence the common “pipe organ” name. Individual wasps make a buzzing sound as they shape mud into a nest and provision it with spiders for their larvae to feed upon during development. The female wasp stings and paralyzes the wasp and then lays an egg on it and seals it in the mud tube. The nests are often in protected but open areas under the roof eaves of buildings and sheds or in garages. Mud daubers rarely sting and are generally considered beneficial in reducing spider populations.

Scorpions. Scorpions are found across the country. The abdomen is broadly joined to the head area and is differentiated into two parts: a broad seven-segmented front portion and a much narrower five-segmented rear portion that terminates in a stinger. Scorpions prefer to nest under rocks, tree bark, boards, garbage cans and rubbish piles. Those found in Georgia are about 2 inches long and the pain of the sting is similar to that of a bee or wasp.

Chemical pest controls are usually not necessary or appropriate for the solitary stingers. We can treat turf areas to discourage nesting of cicada killers. Scorpions can be killed with an application of insecticide, but eliminating their breeding areas is more effective and long-lasting. Mud daubers are not aggressive and their nests can usually be physically destroyed with little danger from the wasp.

Plus, we always brush the eaves of your home with each quarterly pest control treatment.  This removes any new nests that are forming there and helps keep the stinging pests at bay. 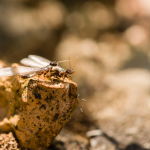 Treat termites before they make your home their home. 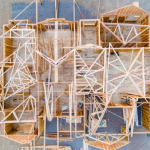 Why should you have your new home treated for pests BEFORE you move in? 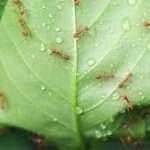 Be On the Lookout for Ants This Spring 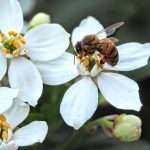 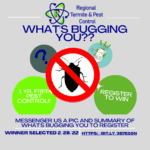 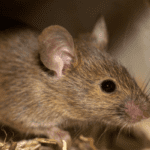